For additional links and information, please scroll down

The Genius of Ancient Man: Evolution's Nightmare is a new scientific volume by general editor Don Landis with Jackson Hole Bible College.  This full color, encyclopedia-like text covers in detail, the erroneous claims and inconsitencies of evolution in light of archeolgical, historical and scientific evidence.  This science book is comparable to the scholarship and professional research of that of any scholarly text, and I believe libraries and schools should acquire a copy of this text to enable students access to the information that so frequently is ommitted from secular and college texts. In one volume, so many pieces of the puzzle are put together- so that the reader no longer is left with disjointed conflicting bits of information.

This book serves to dispel commonly held myths with facts and evidence! Traditional secular texts leave out important archeological findings and often times, religious denominations simply ignore the issues of evolution entirely.  While the evolution as presented by most scientists and schools is a theory- not supported by the fossil evidence- many scientists, students and laymen accept it as truth.  Yet, in this single volume, the Don Landis as well as the Jackson Hole Bible College, present the holes in the theory of evolution.  Based on archeological evidence, the stereotype of the ignorant cave man is innacurate as archeological findings prove that ancient man was far advanced.  In fact, before the flood- in the pre-flood era, man had just about 1500 years to advance in the areas of technology.  Ancient cities, complex buildings and artifacts bear testament to their mathematical and scientific advancements. In fact, these findings are often the basis of legends such as the advanced underwater civilization of Atlantis.

Furthermore, the common threads in ancient mythologies and various religions do not disprove the authenticity of the bible.  In fact, these common stories of the flood, or creation or the dispersion at the tower of Babel, point to one unified origin or source- and are simply distortions of the one true story as told in the bible.  These varied religions and stories all point to the fact that all religions stemmed from the one original truith of God, which onderwent various distortions.  Further evidence points to the fact that ancient man was capable of advanced, worldwide travel and had an extensive knowledge of map making, and atronomy. Through the distortion of the truth and dispersal, and the flood much of the information was lost and had yet to be rediscovered by modern man.

This book contains a number of full color photgraphs, charts and graphs of the various archeological pieces of evidence and the historical contexts. For example, there is an exaustive number of photographs of various monuments and pyramids from a variety of ancient cultures so that the reader can see and appreciate first hand the similarities and complexities- regardless of the varied scattered geographic locations.  Full page maps are marked inorder to further illustrate the facts. The evidence is provided in order to allow the reader to discern the truth rather than simply blindly accepting a theory.  In contrast to other non professional "in-house" attempts that are often seen by creationists or within certain religious groups, this book relies on actual, concrete evidence- which isn't simply mentioned but also pictured alongside the supportive text.  In a number of places, the reader is pointed to test the information of the book against scriptures- just as in the tradition of the new testament believers and students. As a blogger i recieved this book, published by Master Books, a division of New Leaf Publishers for the purpose of writing this review. 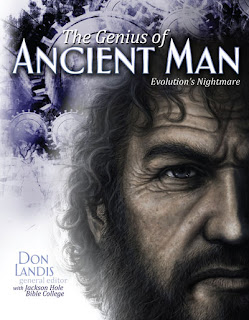 For purchase information and to view a trailer on this new book, please click the following link:

Posted by The LemonBee book and Blog at 6:18 AM