As a blogger for the Booksneeze blogger program, I had the opportunity to review the a new modern translation of the New Testament, The Voice. Believing in the importance of the Good News of the bible, and having faith that the bible is the word of God to the human race, I feel it is essential that the bible is translated into easy to read language that can be understood by all. It is a grave diservice to prohibit or condemn easy to understand translations of the bible as some cults and religions do. There is no reason whatsoever to maintain the antiquated opinion that only the King James version (or other proprietary or antique versions for that matter) have a monopoly on the word of God. After all the KJV is in of itself a translation. Regrettably, the antique English style of the KJV and many other older translations, although poetic, make it prohibitive for many to read and understand the bible's message. So what's the point of having a bible if one can not understand or appreciate it.

The Voice is one of many new modern English translations. What makes the Voice stand out from other modern translations is that it is written in a transcript/ play like fashion. Introductory background material and information is also provided before each book as well as within the text. The two tone pages, and the formating make this translation easy to read. This supplimentary material is clearly "set aside" so as to not me confused with the actual bible text. The only downside to this casual translation is the fact that Jesus is called the Liberator or Liberating King, rather than Christ or Messiah. Other than that, which is not too much of an impediment, I highly reccomend this translation. It is important to keep in mind that the text is somewhat of a paraphrase- a meaning for meaning, rather than a word for word translation. This bible is perfect for reading and for drawing close to the truths of God, but not exactly the best for an indepth theological study.

As a blogger for Thomas Nelson's blogger program: booksneeze http://www.blogger.com/, I recieved a copy of this book for free. I am not required to write a postive review and the opinions and views expressed are my own.
Posted by The LemonBee book and Blog at 3:52 PM No comments: Links to this post

The Chronological Guide to the Bible

I had the opportunity to read and review the full color bible guide, the Chronological Guide to the bible, published by Thomas Nelson publishers. This study guide is like a study guide/ encyclopedia/ hisoty book hybrid with its main focus on biblical history, society and culture. Diveded into chronological epochs, the chapters of this book may be read consecutively inorder or individually. Rather than having a chapter based on each indivdual bible book, the bible is broken down into consecutive historical periods, analogous to a history book, The book of the bible are summarized and discussed within the historical socio- economic period in which they occur. Additional content such as mini articles, photos, maps and timelines are inserted within the text. These articles provide to the modern reader, background material for the bible stories and heroes. Such material most likely would be familiar to the ancient reader, yet not to the modern reader. Its inclusion is very enlightening and provides the reader with a much better understanding of the ancient society and cultures of the bible. This bible guide is well suited for the secular student as well as the bible enthusiast.
I would recomend this book for anyone interested in the bible as well as in ancient history. One thing to keep in mind is that this book is not intended to be a spiritually motivational book. Nor is it a text on theology. The material of this book is replicated from the Thomas Nelson Chronological Study bible. Therefore if you own that particuloar study bible this guide may be redundant.

Disclosure of Material Connection- This book was recieved free from Thomas Nelson Publishers book review blogger program. I was not required to submit a positive review and the opinion contained in this review are my own.
Posted by The LemonBee book and Blog at 6:23 PM No comments: Links to this post

The Day I Believed 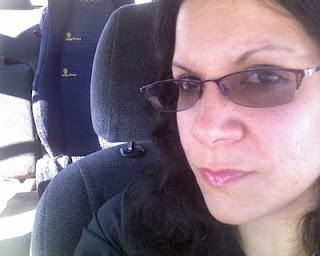 As a member of the Thomas Nelson Review Blogger program http://brb.thomasnelson.com/ , I had the pleasure of reviewing Newt Gingrich’s new book, Rediscovering God in America. This book presented a brief synopsis of well known national monuments and their biblical origins. The role of faith in the making of historical patriotic icons is well documented and made obvious through the text of the book. This simple to read, yet informative book can be read in one sitting. Yet the impact of its content is far reaching- unveiling the undeniable influence of faith and scripture in America and its leaders. Actual quotes from the very monuments themselves, depicting scripture, are contained within the text as well as photographed! In true lawyer-like fashion, Newt would have proven his case of the significance and influence of the bible, without a shadow of a doubt to even the most hardened of atheists. Nevertheless, this objectively written book simply states facts- opinions and judgments are left out. The secular, as well as religious audience would appreciate this book and its objectivity.
Nevertheless after reading this book, I was left with a sense of wanting to know more about each of the monuments portrayed. The simplistic writing makes this work accessible to the layman. Personally I would have loved to see more photos and more in-depth historical background provided for each of the monuments depicted. With its full color photography and objective presentation of the religious elements of well known monuments, this book would be a welcome addition for any patriotic American or history enthusiast.
Posted by The LemonBee book and Blog at 6:55 PM 1 comment: Links to this post